Indicomm were approached by Hobson Industries, a company that customises Landrovers, much of its work being for the M.O.D. A military event was to take place at the GB National Rifle Association, Bisley, OTN event, trialling new weapons in night time conditions. The plan was for a Landrover to drive around an area about 5 kilometres in length, fitted with an infra-red lighting system that enabled the vehicle to be driven at night, apparently without lights. In fact, the driver would be wearing special goggles which would allow him to see clearly.

The Landrover had a camera inside it, and the challenge was to set up Wi-Fi that would send the video signal back to the command centre from anywhere within the 5 kilometre area. Could Indicomm do it? With a can-do attitude at the core of everything they do, the answer was "Yes!"

Indicomm installed radio transmitters and receivers at strategic locations and fitted each vehicle with a radio, as well as a camera with an infra-red lens. In this way it was possible to send live images back to the command centre, allowing prospective buyers to see real-time footage of the vehicle ‘lights’ in action. The video transmission was also used by the BBC in a news report on the event.

For Oxley Instruments, who developed the night lights, and Hobson Industries, who supplied the Landrover, the event was a resounding success. For Indicomm, it marked the start of exciting new developments in their communications business. 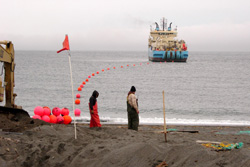 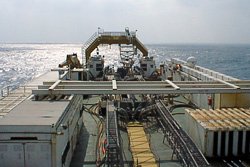 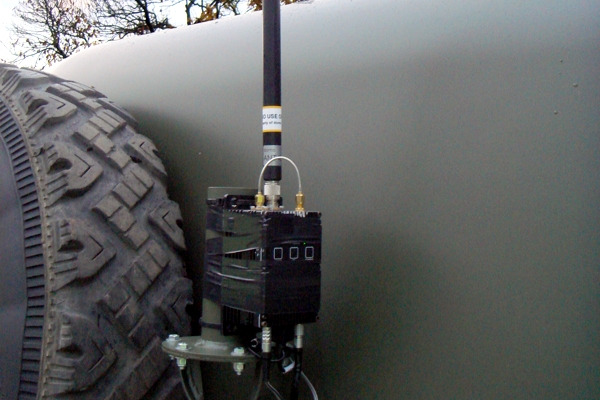 Small Long Range Radio transmission pack (Vehicle mounted) for live streaming of Video back to the command centre during display at the Bisley, Surrey. Own The Night (OTN) event. 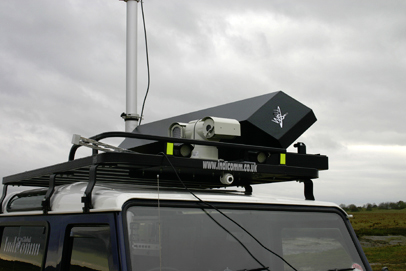 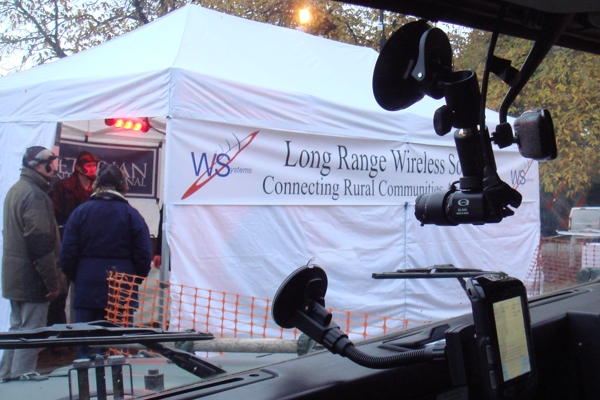